Last Monday I wanted to ssh in my pc from my work, the problem was that the sshd port of my pc was 25565 and the proxy where I work only allows standard ports (80, 443...).
So the plan was simple, I just had to change the port in the sshd config file remotely, but I can't connect to my box as the port is blocked by the proxy.
Then kalgecin (oh hai) created an account for me on his own box, I successfully got root logged in it and was able to log in my box to change the port used by sshd, but changing it wasn't enough, I also had to open it in my freebox (Free, a french ISP), another problem was in order for the changes to take effect I need to reboot the freebox, manually.

But, I can log in the freebox administration panel to see which ports were already opened, and for which IP, then I'll only have to change the IP of my pc to match a certain port.
I went to lunch.
When I was back, everything was clear and I knew what I had to do.
So I installed elinks and logged in the admin panel and finally got this : 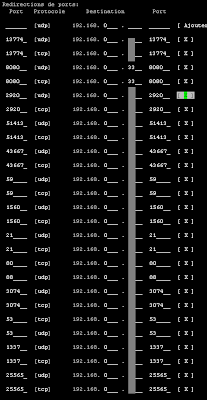 And then : /etc/init.d/networking restart
After this I was disconnected, that's normal, the IP changed, I just had to open a new connection on the new port 8080, and then remember that I forgot to change the port of sshd. 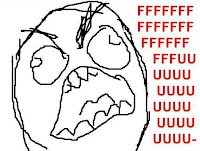